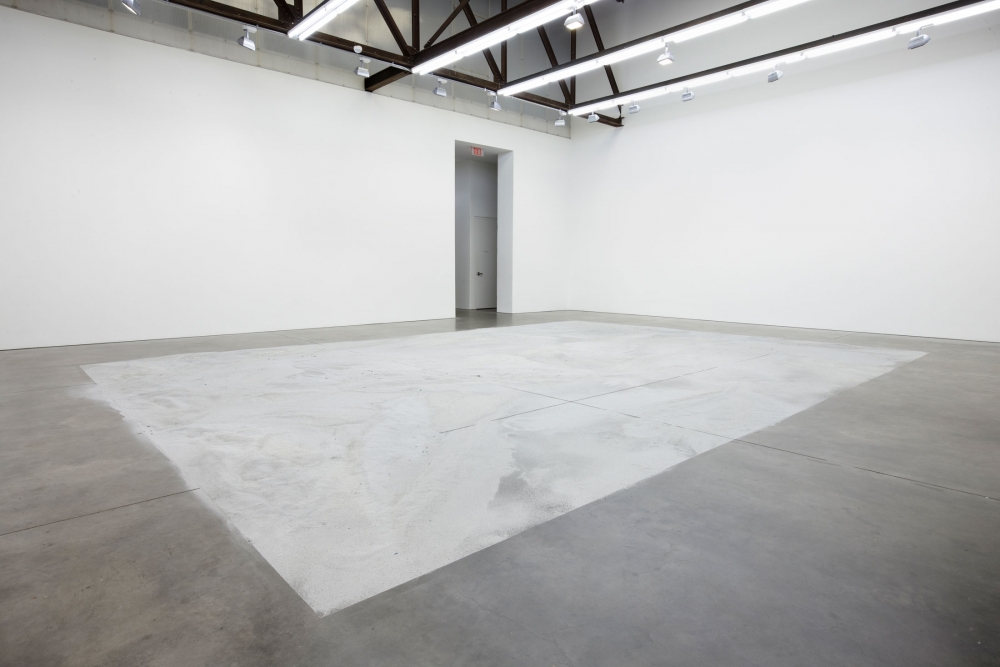 Roger Hiorns is included in Air, a group exhibition now on view at the Museum Kranenburgh in Bergen, Netherlands.

Guest curator Colin Huizing invited internationally acclaimed artists who question and make tangible the wonder of air. The works in the exhibition allow you to experience the beauty and essence of air, or draw attention, directly or indirectly, to the imperiled state of the air in the atmosphere. In doing so, they heighten our awareness of the world in which we live. Included in the exhibition will be Roger Hiorns untitled work from 2014, a layer of powder-like substance made up of an atomized passenger aircraft engine and granite altarpiece.